The Cesar Chavez Commemorative Committee San Fernando Valley (CCCCSFV) was organized in 1994 by San Fernando Valley community activists who were concerned that Chavez’s work of justice for workers not be forgotten and inspire future generations to work for social and economic justice for all. Activities sponsored by the Committee include Cesar Chavez March for Justice; Warriors for Justice Dinner; Cesar Chavez Inspirational Youth Conference. The Committee also advocates for public policies that will improve the quality of life for workers—immigration reform, fair wages, quality medical care as a human right. 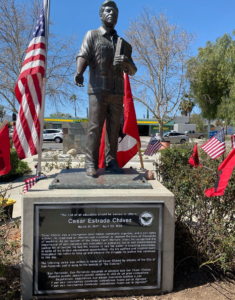 Cesar E. Chávez Commemorative Committee San Fernando Valley (CCCCSFV) organizes and promotes the annual Cesar E. Chávez Day Celebration and The March For Justice held in the Northeast San Fernando Valley. PyS, a founding member of the CCCC, has served as the main organizer for the past 25 years. The event is the first of its kind in the nation and attracts over 5,000 students and parents. The goal is to teach youth about Cesar E. Chávez’s important non-violent work on behalf of farmworkers and ensuring that his legacy lives on. 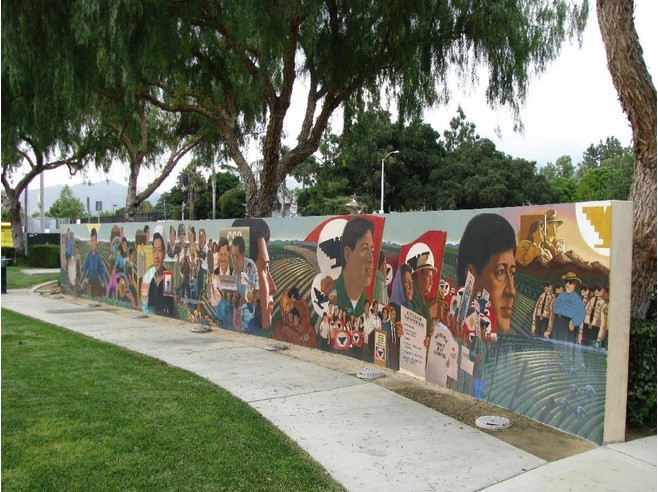 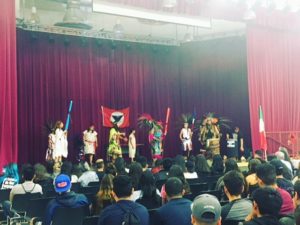 PyS served as a fiscal agent for the Cesar E. Chávez Monument Project that was inaugurated on October 22, 2004, at the corner of Wolfskill Street

and Truman Street in the City of San Fernando. The memorial is the largest and most intricate monument in the nation that honors the great civil rights and labor leader, Cesar E. Chávez. The memorial consists of a fountain, a bronze statue of Cesar E. Chávez, a sculpture of ten farm workers, and a 100-foot mural, placed in a 23,000 square foot park-like setting that together educates and provides an opportunity to reflect on the significance of Cesar E. Chávez’s life.